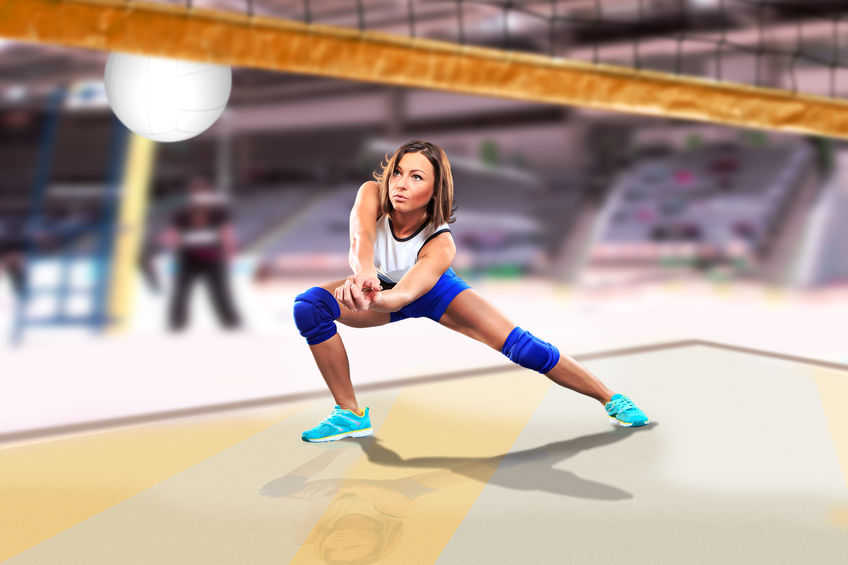 Get our full volleyball training course

All players have experienced moments of how great they have played the game. These are the moments or glimmers of greatness. In these moments, the players’ mechanics and mental game seem to work almost flawlessly. The players are totally engulfed by the game. They have created a certain rhythm to their play and are playing their best volleyball with what seems like little effort. In this module, players will mentally train to harness and increase those Moments of Greatness on the court.

Who will Benefit: This module is ideal for any and all players. It is designed to help the player see themselves at their best, and is a great pre-game module to set the stage for great performances. It will also benefit a player lacking confidence in their game, or who might be struggling or in a slump. Players who are struggling will often focus on their mistakes. This module focuses upon a time when the player was at their best.

MODULE 2: Getting Out of Your Own Way

The players who performs at their best will perform fearlessly. They attack the ball. They exploit weaknesses on the other team, and they play without reservation. This is the result of believing in their ability, playing with confidence, embracing mistakes and challenging themselves. Some players get in their own way in that they worry about making mistakes or worry that they will not perform well in competition. The result is that they play safe and ultimately perform worse, which then affirms their fears. In this module, players will mentally train to play fearlessly through improving and strengthening their beliefs about themselves.

Who will Benefit: This module is ideal for the player that can be their own worst enemy. This athlete may be perfectionistic, or overly critical of their mistakes and others. This player may lack the belief in themselves or they may struggle to believe they can perform well in big games. This module is designed to help players identify and recognize sabotaging beliefs that may hurt their performance, as well as set goals to correct those limiting beliefs.

MODULE 3: Getting and Staying in the Zone

The ability to stay laser-focused and present during a game is the difference between a memorable and an average performance. Mindfulness or staying present in the moment is often one of the key differences in optimal performance. In this module, players will mentally train to stay focused on the present moment during the game. They will train their brain to completely concentrate on the game, while allowing distractions and negative emotions to fall away. This is referred to as a state of flow, when everything but the present event disappears.

Who will Benefit: This module can and will benefit all players. There are many possible disruptions during a game, and many ways in which players lose focus. This training module will help players train their brain to stay present during times, when other players will lose focus. A player’s ability to stay present during a game is often the difference between a poor performance and great performance.

MODULE 4: Mind of a Champion — From Fearful to Fierce (in development)

There is that moment when players realize they are competing against a great or championship-caliber team. Players often become afraid or nervous, and begin tasting defeat before the game ever begins. When players enter a game worried that they will not perform well, or cannot defeat the opponent, the stage is set for weakened focus and unforced errors. The players are defeated before they have given themselves the opportunity to perform at their best. In this module, players will mentally train to think as a champion, to visualize playing as a champion and to overcome mistakes to be a champion.

Who will Benefit: Are you a player who gets nervous before a big game? Do you worry about your ability to perform well during a big game? This module is designed for the player who “Psychs” themselves out prior to challenging games. It will also benefit any player who doesn’t see themselves as a potential champion.

Players often will come out flat and sluggish, and will find it difficult to regain their composure and confidence. Coaches, parents and players feel helpless during these kinds of matches. In this module, players will see themselves overcoming their personal mental and physical challenges. Players will mentally train themselves to bounce back, refocus and bring the energy of a best performance to a challenging match. Players will focus their attention on one point at a time. They will focus their mind on getting in the zone, while providing personal leadership to the team and steering it back on a winning course.

Who will Benefit: At some point, Every Team and every player has come out sluggish, and struggled to play their best game. This module is designed to help players mentally learn to overcome the challenge of a slugglish beginning. Great Teams find a way to come back from a sluggish start, and the difference is mental preparation.

MODULE 6: Serving for the Win

Players may not realize the importance of their serve in competition. The ability to place the ball in the seam, or where the opposing team is weak, is a key for success. The ability to produce great serves under pressure and to further create pressure on the opposition creates points that can win the game. In this module, players will mentally train to attack the opponent’s weaknesses or seams. Players will visualize perfect mechanics and ball placement to the zones of their choice. Finally, players will see themselves making great serves under pressure to win games.

Who will Benefit: This module is designed for any player who serves, and especially for the serving specialist.

The ability to Serve-Receive and Dig is critical to volleyball success. If players cannot pass effectively, it becomes difficult to win games and score. If your team is unable to pass the ball to the setter, the setter cannot set the attackers, and if the attackers cannot be set, it will be difficult to win volleys and consequently, score points. Each team only gets three hits before the ball must be returned to the opponent. Therefore, passing the ball effectively on the first hit is important to execute the pass-set-attack offensive sequence. In this module, players will mentally train to serve-receive, pass and dig effectively.

Who will Benefit: Any player on the team, and especially Serve-Receive specialist.

Successful teams have one thing in common: a quality setter. The setter is the quarterback on the team and the glue that holds the team’s parts together. They have the ability to scan the court for weaknesses, and communicate and direct their team’s play to those seams or weaknesses. The successful setter must also provide positive leadership and manage mental challenges effectively to lead their team. In this module, players will mentally train as a highly successful setter, provide positive leadership and mentally manage challenges during a game.

Who will Benefit: This module is designed for the Setter and other players who take leadership as a Setter during games.

Hitters and Blockers are critical to the team’s success. Although this position can garner the glory of a great kill or block, it can bear the brunt of a poor pass or set conversion. The hitter is the last link in the volleyball chain on offense. Without solid hitters, the system breaks down. There is pressure on hitters to perform and to deal with all kinds of sets. Whatever the situation, they are expected to put the ball down on the other team’s court. In this module, players will mentally train to become a great hitter and blocker for the team.

Who will Benefit: Any player who contributes as a Hitter and Blocker and especially Hitting and Blocking Specialist.