Need motivation to train? Get your brain and body on the same page 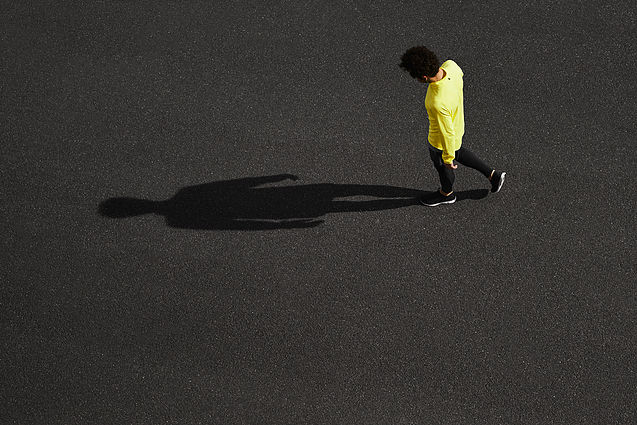 I remember quite vividly the dread I felt with training, especially conditioning, as a youth. I recall the difficulty I often had with motivating myself to train. This came despite loving the sport for which I needed to train.

I now have children, who are competitive athletes, and I watch them struggle with the same motivational problems. The two love the sport of soccer. They watch it on television all the time. They constantly kick the ball around the house and love engaging the neighborhood in an outdoor game. Yet, when it is time for organized training, both of my boys moan and groan about having to do it. They fully realize the benefits (internal acknowledgement) but have concluded that the benefits do not outweigh the pain of training, and thus dread scheduled trainings. Sound familiar?

Let’s talk a little more deeply about motivation. Some think motivation is an externally driven process, meaning that a coach, music or other stimuli can energize the athlete to seek out and desire training. This is temporary motivation at best, and once the stimuli are removed, so is the motivation.

So what really motivates us? Actually, it is an internal desire, a mental picture and a belief that we will change for the positive that drives us. This is exclusively the result of thinking processes and visualization. Expectancy plays a significant role in that I believe there is a causal connection between my actions and the desired outcome. I see (visualizing) a desired outcome, and see the strategy by which that will occur.

Seeing incentives, such as mastering a dribbling fake and using it in a soccer match or receiving a compliment from a coach, player or parent, may provide incentives for my internal motivation depending on how I am motivated. A positive belief in myself contributes to that motivation because my belief in my ability provides a set of pictures or visual images in my brain. If I believe I can, I see myself as being successful along with a strategy to achieve it. In the end, I am more likely to succeed.

These thoughts and pictures are all connected by a series of brain maps that are sending signals to the rest of the body. Conversely, skepticism has the same influence. If I believe I can’t, I can bet I won’t.

Let’s refocus our attention on neuroscience and how formulating and strengthening neural pathways through visualization can create the internal motivation needed to gain greater enjoyment from organized trainings and garner more motivation to train on our own. You may remember that when we visualize ourselves performing a technical skill or performing during a game our brain is transmitting messages through neuron pathways to the parts of the body being utilized. Blood is sent to those regions, neuron pathways fire off signals and the body interprets that you are carrying out the activity.

Neuromuscular science research actually indicates that because the brain interprets our pictures as activity, blood flow and muscle stimulation actually begin to occur. Over the course of time and during visualization training, the brain begins to internally pair the act of performing skills with the work that goes into training, especially when training is incorporated into the visualization process and correlated positively with expectant outcomes of success.

The brain begins to create dopamine (brain reward food) when processing the act of training, and the body responds accordingly by sending blood flow and neural stimulation to the muscles required. At this point, your brain says, “Yes. Your pictures conjure positive results,” and your body says, “Let’s do this thing!” The result is motivation to train.

In my mind, this is fantastic news! It is not based on some magical concoction but on the most recent neuroscience research and on the platform of neuroplasticity, which involves the brain’s ability to change and grow neuron pathways where it believes it is needed. Imagine for a moment if the players we coach were more often motivated to train both in a structured setting and individually. How might that positively impact the player? And the team?