The mind plays significant role in sports performance; here’s why 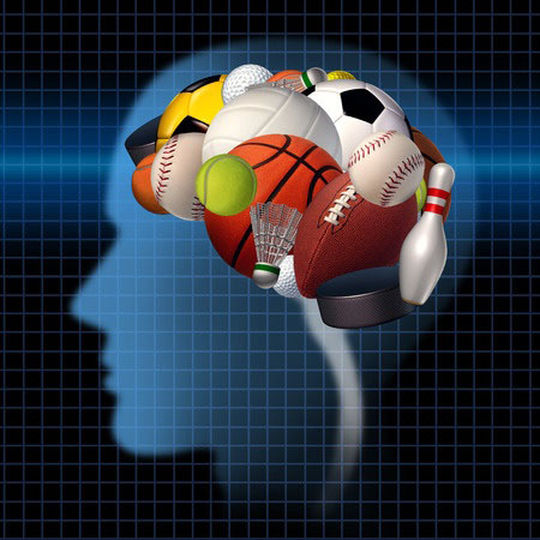 “I think there is a little bit of a stigma in our sport regarding mental preparation, but here at the Olympics, there’s a big emphasis on it. As athletes, we typically put most of our energy into physical preparation. However, your mind needs to be right, because over the course of a season, sometimes you do well and sometimes you don’t — and you can’t blame that on physical performance, as you’re the same athlete the entire season.”
— Kansas City Chiefs lineman Laurent Duvernay-Tardif, after observing and visiting with Olympians in Pyeongchang.

So what is the difference between your best performance and a poor performance during a season? Duvernay-Tardif said it best in the above quote. “You’re the same athlete all year,” so how do you explain your ups and downs?

As a youth soccer coach, I consistently trained on both physical and tactical skills. Each week I would evaluate our team during games and seek to strengthen their skills. Week in and week out, we trained physically to give them the skills to be successful and to win games. Often, I could tell the physical training was paying off, but then there were weeks, often under stress, where my players seemed to forget their training.

For me, I often concluded that I simply needed to strengthen that portion of physical training. Sound familiar? In hindsight, I wished I would have provided more mental game preparation. I can see, now, that the most significant difference between our team’s great performances and the moments where it seemed like our physical training lacked stickiness was always related to a single factor: Our mental readiness and conditioning.

Like building successful character traits, teaching our youth about the mental game could be the single most important gift of impact we can provide.

Why is mental toughness that important? Here’s what I know.

So just how important is mental game readiness and preparation?

Let’s look at the last two Super Bowls. Two seasons ago, the Atlanta Falcons were dominating the New England Patriots for most of the game before the Pats began a comeback. The Falcons perceived a threat, which was really a challenge. Did everyone notice how the Falcons tightened up and began making mental mistakes as they perceived the threat?

On the other hand, Tom Brady, a mentally tough quarterback, never saw trailing by double digits as a threat. In fact, he was able to see the game for what it was and just kept chipping away, which ultimately lead to their Super Bowl victory. The Falcons walked away in painful disappointment because they mentally broke down.

Now, let’s take a quick look at last season’s Super Bowl between the Philadelphia Eagles and Patriots. This year the Patriots again challenged, and kept challenging, working to break the mental spirit of the Eagles. The difference was simple: The Eagles did not tighten up mentally. They knew the game was going to be a challenge. They did not allow themselves to be defined by a win or loss but wished to play the game like warriors without fear.

I still remember the last play of the game. Tom Brady threw a Hail Mary pass. The ball bounced off the hands of several players and dropped to the ground. The Eagles players stood frozen for a moment in the end zone as if they still weren’t sure the game had ended. That is how focused they were on each play of the game versus the threat of winning or losing. It was incredible to witness. More importantly, it is a duplicable skill that almost all athletes can replicate.

How much do you hate losing because of mental breakdowns?

Our imagination creates an opportunity to mentally train for game stress. When we visualize or imagine ourselves performing in a competition, our brain does not differentiate what we imagine from our memories. In short, when we imagine ourselves managing stress in competition, our brain, with training, stores the information much the same as it would a memory as if the event actually occurred. Using visualization, we can prepare an athlete to handle the ups and downs of competition, to stay mindful and focused, and most importantly, manage the brain’s threat detection system.

Let’s give our young athletes the tools to manage stress during competition, which will also translate into managing stress in all areas of their lives. In the end, it will leave a lasting impression that coaches seek and all parents desire for their sons and daughters.