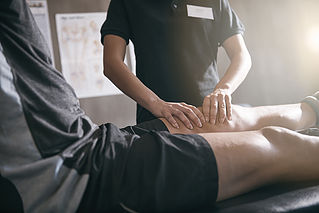 I can’t begin to count the number of times I have watched players on the pitch fall awkwardly from a tackle or collide violently with another player, sending them to the ground in pain. As a parent and coach, I cringe every time, hopeful that the pain only is temporary and not a long-term injury.

Nonetheless, injuries do occur and often those injuries are to a player’s limbs, which create some painfully long recovery processes. A cast or brace is often uncomfortable and always aggravating because a player’s motions are limited. Worse yet, when the player does regain use of the joint, he or she has lost range of motion, muscle mass and strength around that joint area. Thus begins the long and arduous road to recovery.

What if players could reduce the negative side effects of an injury and improve their rehabilitation and recovery by 50 percent, and regain full strength that much sooner?

Researchers from the Ohio Musculoskeletal and Neurological Institute recently found that people who simply imagined moving an injured joint and contracting the muscles in different directions (without actually contracting them at all) experienced a 50-percent-less loss of strength when they had the cast removed than the non-visualizers. Researchers also found that the visualizers’ brain areas that control these movements returned to normal activity levels quicker than in the control group. In essence, athletes can speed their healing process and recover in about half the time by visualizing or seeing those injured muscles working as if they weren’t injured.

You might say, “How is that possible”? That certainly would be my next question. Let’s reflect on basic muscle physiology for the answer.

There are two elements acting together to create the contraction of muscles when they are in motion. The first involves the muscle cells themselves, which are triggered through our nervous system. The second involves our nervous system, which receives a communication from the brain, through our spinal cord and then to the muscle. The communication from the brain triggers a series of chemical reactions leading to muscle contraction. You will note that muscle contractions start with a communication through neuron pathways leading down the spinal cord to the muscles. As athletes train, those neuron pathways become stronger (neurons that fire together, wire together), sending communications more frequently and easily, thus causing muscle growth and muscle memory.

When we think about the fact that muscle contractions start with a communication from the brain, we can begin to understand that the brain hears the body saying, “Don’t contract this muscle.  It hurts.” The brain, in an attempt to protect the body, stops sending those messages. As the messages are reduced or discontinued, the muscles are adversely affected because they are lacking stimulation to the specified muscles.

OK, so how does visualization or motor imagery aid in sports injury rehabilitation? Let’s first remember that the communication system is dialogue between the mind and body, and body and the mind. When we visualize muscles in motion (motor imagery), neurons are sending impulses on a sub-threshold level.  Neuron pathways are stimulated, and brain maps continue their regimen. Our nervous system subsequently thinks that it is and has been using the injured muscle. The result is that those neuron pathways that had been strong prior to the injury can remain strong, which means the muscles fire together more quickly and easily to give an immense boost to injury rehabilitation.

You will recall that neurons that fire together, wire together, or if you’re not using those muscles, you’re probably losing neuron-specific muscle memory. Athletes still have to rebuild the physical muscle to get full strength back, but it can happen 50 percent more quickly when they don’t have to reprogram the neuron pathways at the same time.