Visualization training creates pathways to success — think about it 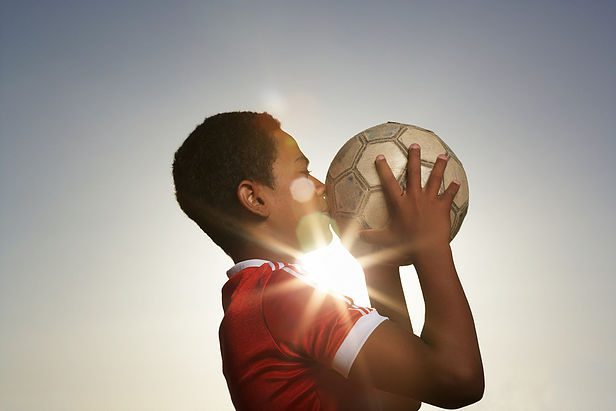 If you like to win but think you can’t, it’s almost a cinch you won’t.

If you think you’ll lose, you’re lost. For out in the world we find Success begins with a fellow’s will.

It’s all in the state of the mind.  If you are outclassed, you are.

Walter Wintle wrote the above poem titled Think in the early 1900s. We have known for much longer that our thinking is a powerful tool both for good and for harm. My thought process has created love, joy and kindness toward others. It also has made me feel jealous, alone, sad and angry. My thinking often dictates my feelings, and my feelings play a powerful role in my behavior.

If you have ever tried to control a feeling, it is nearly impossible. However, how we think and what we choose to think can be controlled and plays a major role in the outcomes of our life.

How does this work? The brain and the body are made up of neuron pathways or roadways. This is where all communication between the two occurs as neurons travel back and forth on the pathways. The messages we send out along the neuron pathways work to make and strengthen connections. Neurons that fire together get wired together, meaning neuron roadways seek to connect with other neuron roadways, making highways and superhighways.

Our thinking plays a significant role in this process as it communicates messages along the roadways and highways. We set the stage for future events through our thinking, and because neural connections can get both positively and negatively wired together, we can expect positive thought choices to promote positive physical results. Conversely, negative thinking will have a harmful effect on our feelings and behavior. In fact, research indicates that mental imagery or pictures send messages to our nervous system and muscles, triggering responses as if we are actually in physical motion.

How does this apply to athletes? Players have many experiences to draw from during a game (neural pathways that are wired together). With that experience, come a myriad of thoughts, emotions and actions that follow. When the experience is good, those particular neuron pathways are stimulated and begin to fire, and thus players perform to what we know as their potential. When those experiences are perceived as negative, those neuron pathways begin firing together, and players often begin to struggle.  The mechanical operations begin to falter and performing becomes difficult. Our mind is communicating with our body, and our body is responding as if those perceptions are occurring. This kind of difficulty can last one game or as long as the thinking struggle prevails. We’ve all seen an athlete or a team fall apart on the field, and sometimes this can last longer than one game. Athletes often struggle to recover from a slump because their focus is on the “problem” resolution, not necessarily seeing themselves performing again the way they wish.

Are athletes doomed to suffer through these episodes? The answer is no. Neuroplasticity or the brain’s ability to change and build new roadways is the hope that we are seeking. Visualization training is the process roadmap that can stimulate, wire and fire together neuron roadways that athletes want and need. Is this a perfect science? Of course not, but if athletes could increase great performances, decrease poor performances and decrease the duration of struggle during games, it would be well worth their time to train mentally as well as physically.