Want to get motivated? Here’s a neuroscientific explanation 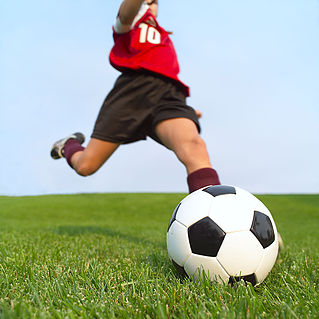 After months of goading my son to get some touches on the soccer ball, as if by magic, he became motivated to train outside of the scheduled workout sessions of his club.

It was easy as a parent to see myself nearly powerless to motivate my son, which affected my motivation to motivate my son. At the same time, I was extraordinarily happy with the fact that he had again become excited about the prospect of growing himself in the sport he indicates that he loves.

I am an analytical person to a fault with enough knowledge to be dangerous not only to myself but to those around me. Therefore, it should come as no surprise that I set out to better understand this “strange magic.” Like losing my keys, I began backtracking every thought and every action that lead up to my son’s motivation.

What I found wasn’t magic at all but validation of what I knew yet could not master. What follows is a story of motivation that applies to me, my son, my wife and all of the people I know. What follows is both an understanding of the neuroscience pathways getting stimulated and excited as well as my effort to identify how we might begin reproducing motivation for ourselves and those we love and wish to help.

It all began about a month ago, and truthfully, it had been building for a while. My son, a perfectionist like his father, had been struggling to dribble with pace, keeping the ball close and under control at all times, especially when accelerating into open space. He generally doesn’t like to take big, uncontrolled touches when dribbling. He prefers to touch the ball with almost every step he takes. More recently he has been able to master, and I use that word loosely, a faster pace while keeping the ball close.

When this started to occur, he began to see many opportunities for his skill growth. He then began thinking and imagining himself being the best ball handler on the team. As he began seeing potential, and believing that he could become the best ball handler on the team, he began imagining himself perfecting other tricks and fakes as well. As he imagined himself being the best dribbler on the team, he began training on his own. In fact, he has been touching the ball almost daily for the past several weeks.

Are you seeing what is happening here? Let’s look back at my blog post onmotivation. We know that motivation is the result of an internal desire to increase a skill set. Motivation does not occur as a result of a father working fervently to motivate his son to train outside of scheduled sessions. We know that internal desire alone does not guarantee a person will take action. In fact, along with desire, my son needed to perceive that he could accomplish the desired outcome, which is to have the best ball skills on the team. This occurred as a result of successes he had achieved and imagining or visualizing himself being the best ball handler. I vividly remember my son talking excitedly about his skill improvement. He talked about actual events that had occurred, and he talked about visualizing himself performing in future events. As these things occurred, so did his motivation to train.

Now let’s incorporate neuroscience into this equation. From a neuroscience perspective, my son had strengthened the neural circuitry between his brain, eyes and feet as well as the coordination necessary to manage these movements. Next, he began seeing opportunities for growth. He began seeing himself getting better. How did he know what that looks like? He has watched a lot of soccer at different levels of skill, and he has come to understand the skillsets of great players, and in many ways aspired to become one.

In terms of neuroscience, my son had neural pathways established but not yet well developed for these new skills. As he imagined himself performing these new skills, what do you think happened? First of all, dopamine was released into his system. Dopamine is basically brain reward food. Runners call it the “Runner’s High.” Dopamine provides those feelings of elation and excitement about our future. Secondly, as he visualized, neural pathways were strengthened and stimulated. My son began learning more quickly and training more frequently, and his motivation increased. The final and most beautiful piece of this puzzle is that as he imagined or visualized himself performing, he learned more quickly. More dopamine was released, which prompted more training during his leisure time. At this point, I hope you are seeing the motivation cycle taking place.

Now, I have to ask myself, is there anything I can do to facilitate the internal motivation my son needs to get back on track when he again loses his motivation. The answer is simply yes. We learned how important visualization was to internal motivation, which means we have a key to the kingdom. The visualization app that I have developed and am currently beta testing has all of the elements of neuroscience using visualization. Athletes simply need to download the app with its training modules to their iphone or ipod, plug in headphones, listen and visualize.

As the neuron circuitry begins to fire, neuron pathways are stimulated and strengthened. Muscles vibrate at a subcortical level, and the brain perceives activity. Dopamine is released. My son and your soccer players get excited to train, and motivation has replaced lethargy.