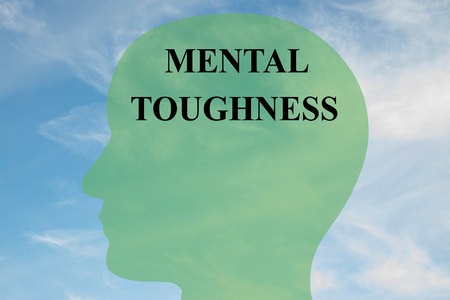 In every game, there are ebbs and flows, moments when an athlete is operating as a rhythmic machine, and moments where nothing seems to be working well. Why do these things happen during competition? What seems to be the underlying cause? Are these things something that can be resolved through physical training? Is it simply a matter of physical fitness for the game?

Let’s break it down and begin to understand the ebbs and flows, which will give insight to the underlying causes. Let’s first consider when ebbs and flows occur. In this analysis, we will regard the ebb as times during which an athlete’s rhythm seems disrupted and the physical skills begin to suffer. On the other hand, during the flow, the athlete is in rhythm, relaxed and moving up and down the field or court with relative ease. During the flow state, athletes perform closer to their optimal, where as during the ebb state they are not nearly as relaxed, communication with the team becomes more infrequent and typical operations during a game become somewhat strained.

What do you suppose is happening with the body during the ebb state? Is the body reacting to a lack of fitness, or is it reacting to perceived stress on the field? How often can the ebbs during a game be contributed to exhaustion? Although fitness, or lack of fitness, and physical training have a definite impact on performance, they often have little to do with ebbs during a game. Please don’t misunderstand me; physical conditioning and skills provide a solid foundation from which athletes ebb and flow. Without the physical training and conditioning, an athlete’s play would be sloppy and poor, and ebbs and flows would be almost impossible to see. Assuming an athlete has been properly conditioned and has the physical training needed to succeed at a competitive level, the ebbs and flows are more often the result of the athlete’s mental game than anything else.

Even during the times when everything is flowing well, it is more about being mentally and deeply focused in the moment. Being in a state of flow is a mental state. Staying in a state of flow, is a state of mental toughness. Conversely, being in state of ebb almost always occurs during perceived stress or pressure during the difficult times of a game. Getting stuck in a state of ebb, which does happen, is a result of lacking mental toughness. Athletes have all experienced those games where nothing seems to come together, and it seems that the more they struggle physically, the more mentally frustrated they become in a downward spiral.

Can we agree that the ebbs and flow of any game are almost exclusively the result of our mental toughness? If an athlete is not yet completely convinced, let’s take a closer look at ebbs and flows, and how the mind and body respond typically to those ebbs and flows.

During any match, there are moments when athletes have momentum, feel a sense of control and perceive themselves as in control. On the other hand, there are also moments during the match, where athletes feel less in control, threatened and intense pressure. During these ebb times, an athlete perceives stress. The body releases a hormone called cortisol. As cortisol is released into the body, the mind feels compelled to regain balance and reduce the stressor. In an attempt to reduce the stress (cortisol), the brain naturally focuses its energy and resources on feeling better. As the brain’s resources are given to reduce the stress, other operational focuses are dropped, meaning the brain no longer focuses as much on the physical skills of the game. The athlete has entered a state of ebb.

I-Imagine produces audio visualization modules that re-create game situations and provide you opportunities to train your brain for the ebbs and flows. During visualization, your brain believes you are actually experiencing the real-life event. IN FACT, YOUR BRAIN DOESN’T KNOW THE DIFFERENCE BETWEEN AN ACTUAL PERFORMANCE AND THE VISUALIZATION. The simple process of visualization improves your mental toughness and provides you with the mental toughness exercises that will make you ready for the ebbs that will occur during your next game.

Give us a call at 217-779-1201 or email tjenkins@i-imaginesports.com for more information on I-imagine’s audio visualization modules. It is our goal to help you train your brain for the game.