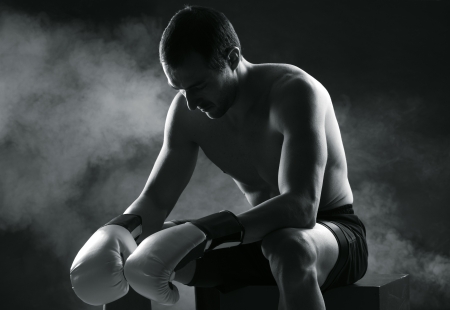 Mental toughness is never tested more than in game situations. How do athletes prepare for the pressures they endure during competition?

At a competitive level, games can literally feel like a pressure cooker. There is a lot of heat, sweating, intense emotions and stress. The experience easily could be compared to a roller coaster ride of emotions ranging from jubilation to fear to anger. How can athletes prepare to manage such a range of emotions and yet stay focused in the moment to perform at their best individually and as a team? How do they train to manage that part of the game?

Athletes have always trained their bodies physically. They have mastered particular skills, strategic movements and positions, and have conditioned their bodies to withstand the grind of a physically intense match. Yet, what have players and coaches done to prepare for the intense, emotional experience? As I have stated many times in previous posts, athletes often do not train their brains to manage the stress of competitive play. Therefore, when pressured, the brain reallocates mental resources to manage the perceived stress. It is natural for the brain to focus its attention on the stress in an effort to reduce it, but in doing so, the brain takes focus away from the game at hand. This is the reason the body doesn’t cooperate as well when a player is feeling pressure during a game.

Take a moment and reflect on the high pressure you have experienced during competition. Recall a time when momentum shifted to the other team during a game. Recall a time when the coach yelled at you about a mistake or when the crowd noise made it difficult to concentrate. Remember a time when your team was frustrated with a referee, another player or even themselves. What happened during those times? Did you play as well as when you were calm and had established a rhythm with your teammates? Were you as likely to turn in your best performance?

Now recall a time when you were playing at your best. What was different? Were you upset or were you calm and incredibly focused, so much so that even the crowd disappeared? To achieve these best performances, athletes often have to reach a state of what is called “flow.” All this really means is that a player becomes so engrossed in the game that everything feels and becomes natural. It is at this time when all of the physical training comes together, but for the physical training to come together, athletes have to achieve a state of flow. Reaching that state of flow begins in the brain, which is why mental toughness training is so critical for athletes to compete at their absolute best.

There are several methods used by professional and Olympic athletes for mental training. Many resort to a sports psychologist at the price tag of $150 or more per hour. Others try to work through their negative thoughts and perceptions during the game. Almost all, however, use some type of visualization to re-create both positive and negative experiences, and to manage them both. Visualization allows the brain to perceive what is imagined as reality, which means the athletes are receiving real game mental toughness training.

Yet, telling someone to visualize is much easier said than done. In fact, if it were a simple undertaking, everyone would be doing it. This is why I-Imagine develops sports visualization products. We create mental training tools at an affordable price to help competitive athletes reach their potential. The modules reproduce game situations and game-time pressure, and then help athletes thrive in those game situations as if they were playing in a real game.

Without mental training to go along with physical training, the brain is not prepared to manage the difficult times during most competitions. Are you ready to train your brain to become mentally tough? Then give us a call.